Ten Coupon Campaigns For Your Business

In the past few years, vouchers have seen a massive comeback, especially through mobile technology. Thanks to online coupon sites and mobile apps consumers have greater access to discounts than ever before. According to VoucherCloud, 91% of customers suggest they will revisit shops that offer coupons and 62% of shoppers spend two hours each week searching for deals and special offers. No wonder large e-commerce platforms have already built complex software solutions to manage and track vouchers. Now, how can you tap into voucher promotion without harming your marketing budget?

But as he hasn’t built large audience yet and he doesn’t have many friends in the journalism industry either, getting more traction isn’t easy at all. Even though he can publish pictures of cats every day.

So the marketing department suggested they should go for vouchers — one of the oldest customer incentives. Tom agreed hesitantly.

Firstly, Tom wanted to find out if vouchers can really work for his business. He came up with a generic 25% discount campaign to acquire new customers in February — FeedMeHuman. Then he turned to IT department to introduce the change into the online shop functionality. The dev team promised to implement the change in next release because they were busy with some important fixes at the time.

The next release had come. Tom rolled out the new coupon through different channels to maximise the outreach. He posted to Facebook, Twitter and Instagram but also pushed mails to the newsletter subscribers and put the voucher into his Adwords campaigns.

After 1 week Tom wanted to check out the number of redemptions. Again, he had to ask IT. They explained that it was just the matter of simple query but eventually Tom got the results by the end of the day.

When results had come it turned out that the campaign was a huge success. The number of redemption was way bigger than Tom had expected. It seemed the campaign had gone viral. Actually it was too successful and Tom was afraid if the stock could handle the load. He decided to stop the campaign shortly. But again it took a few hours to for dev team to disable it.

The stock problem became more serious and Tom resorted to send out apologies for late delivery. He decided to attach another voucher to the email to make up for disappointing customers’ expectations. But this time he didn’t want to experience the same mess. He didn’t want the promo code to be shared and abused again, so Tom came up with the idea of unique vouchers with limited usage.

After all, Tom wished he could run and stop voucher campaigns on the fly, without involving IT team. Likewise, he would like to see redemption numbers in real-time so that he can react respectively. To put it in other words — he wants to get an ROI overview of all voucher activities and take back control over campaigns. And, what’s more important, he’s far from investing a good deal in heavy e-commerce machinery like Magento, BigCommerce or Shopify.

Let’s get back to the apology vouchers for customers who used FeedMeHuman. Now Tom wants to compensate them for late delivery.

He identified 200 of them. So that means he needs 200 unique, one-off vouchers. Say, the new voucher carries another 25% discount and it shouldn’t be active until April so that Tom gets some time to re-organize the stock.

Here’s what he would do with Voucherify:

The first step is to create a new campaign. He sets 25% discount and wants to generate 200 one-off unique coupon codes. To make them even more personal he can come up with any coupon code prefix.

After clicking Save, the campaign is set and waits for April to come.

By visiting the Vouchers tab, Tom gets an overview of the list of unique and hard to guess voucher codes and can now export it as CSV file. Now his marketing team can use the email list to send over the gift cards.

In April, while the campaign is running he can immediately monitor the total number of redemptions.

If Tom’s interested in recent redemptions at length, he can visit the Redemption view. Here, he can filter out all successful redemptions and failed ones. Additionally, he is able to differentiate which redemptions failed because of expiration and which because of an invalid code.

But how to make it work with Tom e-commerce website? Voucherify takes care of it as well. Voucherify treats the ease of integration and maintenance as priority. That’s why it offers a developer-friendly vouchers API and a couple of facility libraries that enable developers to get the integration done within minutes or hours in more complex scenarios.

And the best news is that dev team has to integrate it only once. Afterwards, any other campaign can be created without IT involvement. Tom can now forget about sending Excel sheets back and forth. He can create and stop any campaign whenever he wants to.

Voucherify offers more monitoring features for easier voucher operations. For instance, let’s imagine there’s a problem with a particular single code, Tom can use Voucherify user interface to disable it immediately. Thanks to the user console he may also redeem vouchers manually with a single click. This means he can register and track vouchers activity even before his IT team put Voucherify integration in place. Finally, he can run several voucher promotions with different marketing channels and observe which one performs better. He can iterate and optimize the coupon performance according to precise data he has at fingertips. We’ll describe monitoring features next time.

Hopefully, Tom’s campaign will help him in easing the anger of disappointed customers. No matter what’s the effect of the campaign, one thing is for certain he will get the result immediately in Voucherify’s dashboard.

Let’s recap what Tom gets from using Voucherify: 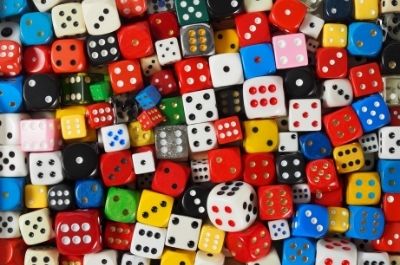 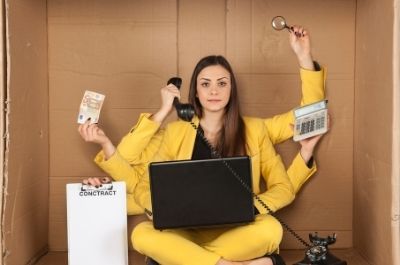 How to Manage Coupon Campaigns Distributed on Partner Websites?