The Licensing Effect – How to Get Your Customer to Splurge?

This post will explain the details of a hidden sales tactic – Licensing Effect.

You are going to:

If you are looking for some original ideas to enhance your sales funnel, look no further – you will love this post.

At this past year’s meeting of the European Association for Consumer Research, one of the keynote speakers might have seemed like an unusual choice. He wasn’t a successful marketer, nor was he known for studying any marketing contexts. He was a Stanford psychologist named Benoit Monin, who researches morality. He spoke on the topic of his best known finding, the “Licensing Effect”, a phenomenon that can shed light on behaviors ranging from everyday human hypocrisy, to why people are so tempted to cheat on their diets. And as it turns out, it is an incredibly powerful motivator for consumers everywhere.

In a famous 2001 paper, Benoit Monin and Dale Miller observed that people who were given the chance to prove that they were not sexist or racist were later more likely to act in ways that were sexist or racist. For example, they had a female experimenter approach men and ask them to complete a survey. Some of the participants were given an extra first page: they were asked to agree or disagree with a series of blatantly sexist statements (for example, “Most women are not really smart” or “Most women are better off taking care of children”). Naturally, the more strongly sexist the remark, the more likely the men were to disagree with it.

In the main part of the survey, respondents read a description of a small construction company, which was described in stereotypical terms suggesting that it was a place where men would work. They were then asked to choose whether they felt that it was more appropriate for the company to hire a man or a woman. If the men had first been given the chance to say that they disagreed with the sexist remarks, they were at least twice as likely to indicate that a man was a better choice for the job. This is a consequence of the “Licensing Effect”: because the men had “proved” they were not sexist, they did not feel any moral misgivings about upholding a sexist stereotype.

That same paper demonstrated a similar finding for hiring decisions of African Americans, and a famous 2009 follow-up study demonstrated that when white U.S. voters were reminded that they had supported Barack Obama, they were then more likely to demonstrate racial favoritism.

Because they could justify themselves as “not racist,” these voters were more comfortable behaving in ways that might be seen as racist.

I splurge because I’m good

How does this idea that “doing good means I can do bad” apply to a marketing context?

Suppose a consumer has just done something “good” and they feel really great about themselves because of it. Will this affect their purchasing decisions? According to a 2006 study by Uzma Khan and Ravi Dhar, the answer is a surprising yes. They found that when people indicated they were interested in doing something “good” (such as volunteer work, donating to charity, or helping someone in need), they were subsequently 50 to 100% more likely to want to buy something expensive or frivolous (like designer jeans or overpriced sunglasses). Basically, because they felt good about themselves, they believed (sometimes without even realizing it) that they deserved to splurge.

But your customers do not need to perform good deeds in order to feel licensed: sometimes the act of buying certain products can have the same effect. In a 2010 paper, Nina Mazar and Chen-Bo Zhang at the University of Toronto found that buying environmentally friendly “green” products was perceived by many consumers as a moral choice. Furthermore, they found that this choice was positive enough to create a “Licensing Effect”: when people bought green products, they were subsequently more willing to lie and cheat. You can read more about CSR efforts that boost sales here.

Taken together, these papers suggest that customers who make “good” or “moral” purchasing decisions will then be more likely to make “bad” or luxury purchases. In other words, buying something green, organic, fair trade, sweatshop free, etc. may license consumers to splurge on their next purchase. Research in progress by Uma Karmarker (at Harvard Business School) and Bryan Bollinger (at NYU) looked at grocery store check-out data, and found that shoppers who bring their own environmentally-friendly reusable bags tend to buy more indulgent and unhealthy foods.

Putting licensing to use simply requires giving your customers a reason to feel moral (or morally superior). Brands that have some form of social conscientiousness built into them should be sure to prominently display this fact: “By shopping with us, you are doing X good thing!”

Alternatively, you could present your customers with a free or easy moral choice as soon as they arrive on your site. This could range from offering a free product (“Click here for a FREE reusable grocery bag!”) or even simply a chance to express how moral they are (“Click here to join our petition to end X bad thing!”).

An example of a company that devotes a great deal of its website to promoting its social and environmental contentiousness is LUSH cosmetics, which does everything from highlighting their promotion of sustainability and actions to end animal testing, to offering products that double as charity donations.

Hypothetically, any retail site with a large selection and variety of products can make use of licensing by playing with what kinds of products or brands show up during searches. When customers first arrive on your site, show them more products that will make them feel “good” by purchasing. Whether these are environmentally-friendly versions of products, or deals that involve donating a portion of proceeds to charity, it is important to make your customers feel good about themselves for adding these products to their carts. For example , LUSH might push the Charity Pot as soon as customers arrive at the site, or when they first search for “lotion” or related items.

Once customers have made one of these “moral” selections, they may feel licensed to splurge a little. If they are presented with more indulgent or more luxurious versions of products, they are likely to be more interested in them now that they feel good about themselves. LUSH might push their more frivolous (and pricey) bath products at this point.

As long as customers can be made to feel moral about their actions or choices, you should be able to produce a “Licensing Effect”. Thus, figuring out what your customers’ values are (and appealing to them) is the first step to using the “Licensing Effect”. Furthermore, doing this is also a great exercise for learning more about your customers, and potentially helping them find ways to act according to their values.

The Licensing Effect is a rare case in which a finding from the study of morality translates so cleanly into a behavioral economic context. Whether in your customers’ shopping behaviors or your own everyday behaviors, keep an eye out for it! 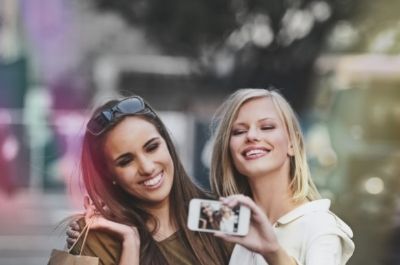 What is Shopping Momentum? 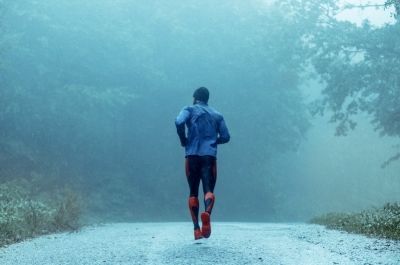