In the time of special events like Christmas Eve and so on, everything is about giving.

Retailers are in the business of giving things to their customers. These may include coupons, gift cards, or sometimes even small presents (see our post on reciprocity marketing). In online spaces, this giving tends to be fairly costless, and the hope is that a customer will take that coupon and use it. But how do you encourage customers to want to make use of the material you give them? Keeping with our theme of “giving,” the behavioral economic phenomenon known as the “Endowment Effect” offers a few ideas.

Priceless Because It’s Mine

Endowment is a very strong behavioral economic effect originally named by Richard Thaler (co-author of Nudge) in a 1980 paper, and expanded nicely by him, Jack Knetsch, and Daniel Kahneman (Nobel Prize winner and author of Thinking, Fast and Slow) in a 1990 paper. Essentially, the Endowment Effect describes the fact that people value something more when they perceive themselves to be its owner.

In the most famous demonstration (from the 1990 paper), the authors distributed coffee mugs to half of the students in an advanced Cornell University economics class. The mugs were $6.00 each from the Cornell bookstore, and they still had the price stickers to prove it. Everyone was told to examine the mugs, either the one they were given or the one their neighbor had received. The authors made it clear that the mugs were for the students to keep: they had been “endowed” with the mugs with no strings attached. However, the authors then hosted four “markets” for the mugs in which mug-less students could bid on mugs, and mug-endowed students could sell them. If a mug-less student’s bid exceeded a mug-endowed student’s reservation price, they exchanged the mugs and the money. Critically, actual mugs and actual money were changing hands.

Even when the students were made to understand the “market” as simply a choice between X dollars or a mug, they still wanted double if they already had the mug versus if they were buying the mug or just appraising it. This systematic overvaluation of a product simply because it is “mine” is the Endowment Effect, and it has been replicated over and over, controlling for almost any intervening explanations (see Knetsch & Wong, 2009 for a recent review and defense of the finding).

The main takeaway from this research is that if you ask a customer how much they would pay for a product, they will almost always name a higher price if they already have it (and they will certainly demand a higher price from potential buyers) than they themselves would be willing to pay. For example, if you just bought something, you would probably hate to turn around and sell it for the same price (even controlling for things like the cost of your time).

Retailers already give coupons to their customers, so do customers feel that they are “endowed” with them? Probably not: the nature of a coupon is that it is given, used, and never seen again. For it to be Endowed, it needs to feel more permanent. This suggests offering a coupon that behaves or feels more like a savings card.

The most direct way to implement this idea would be to give customers a “permanent X% discount” for creating an account, and it would be made clear that “this is yourdiscount,” something that is theirs to keep for as long as they want. Just as an Endowed mug is overvalued, an Endowed discount is psychologically more valuable than a fleeting discount. Of course, it is also economically more valuable, and thus costly for the retailer. Note that in order to use the Endowment Effect in a marketing promotion, the key theme is that customers need to believe they have ownership over something: Jochen Reb and Terry Connolly found in a 2007 paper that the belief of ownership was more important than actual ownership.

A much more subtle strategy is to make your customers feel Endowed with a coupon or promotion when they visit your website. I’ve seen deals similar to this on sites like Bonobos, where a pop-up coupon was displayed once the page loaded:

How can we build on this? The key is in the way the coupon is presented to the customer.

We want to build the idea that the coupon is something a customer can claim to own, so maybe call it a “gift card” rather than a coupon because gift cards might feel more permanent (that’s just a hunch, however).Don’t bother with the button: just give them the gift card. Tell them, “You’re entitled to a $25 gift card!” or “We’ve added a $25 gift card to your cart! Add $75 to keep your $25.”As customers shop, remind them about their gift card. You can update them on how much they still need to spend to keep their gift card, or you could leverage the power of loss aversion and give them a time limit and countdown.

By evoking a sense of ownership over the promotion, customers will likely value the deal more.

The above examples take advantage of the fact that customers will psychologically overvalue something when they are Endowed with it, but there is another way to make use of the Endowment Effect.

Suppose that you prompt users for ratings of the products they purchase. Usually this only includes a number of stars and maybe a written review, but suppose you asked your customers to place a dollar amount on how much they value their purchase. You could ask them the original, “How much would someone have to pay you for this?” question, or you might try something weaker but more organic, like “How much is this worth in your life?”

Once you collect a few of these values, they can be posted along with other product ratings: e.g. “This product is $X but buyers say it’s worth $Y.” Assuming no one is too angry with their purchase, the Endowment Effect suggests that we would consistently see people valuing their purchases more than the actual price, making the product look like a great deal to the next customer.

There are so many ways to play with the ideas of “giving” and “ownership,” and the Endowment Effect really just scratches the surface. Have an idea of a fun way to play with these ideas? Let us know! 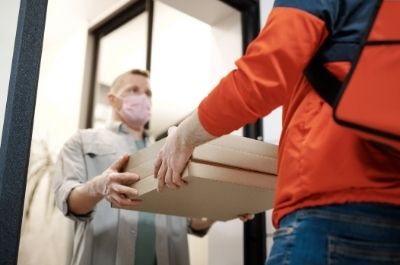 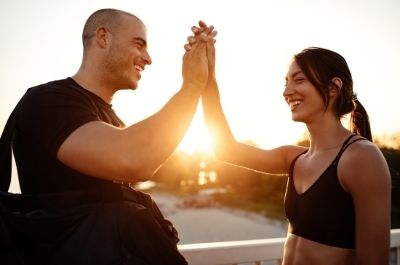 The Licensing Effect – How to Get Your Customer to Splurge?